Print
So, If you are going  argue that we don’t make pachadi with vendakka , then I suggest you to read further ( definitely to know why this is a pachadi and not  a kichadi)  🙂

If you ask someone( or anyone) whats the difference between  “pachadi and kichadi” , you may end confused!  😀  Google and other blogs ,do have their own versions and explanations to it, which confused me as well. And I’m one among those who doesn’t get contented that easily  until they get the exact answer. 😀  So after a fine research  I figured out the following…

what Google and other blogs said…..

Now, what I figured out after asking few experts ( of course , elders ,grandmothers and few cookbooks! ) or may be ,my version that I want to conclude with,

Let me not bore you further.. let’s get into cooking.. 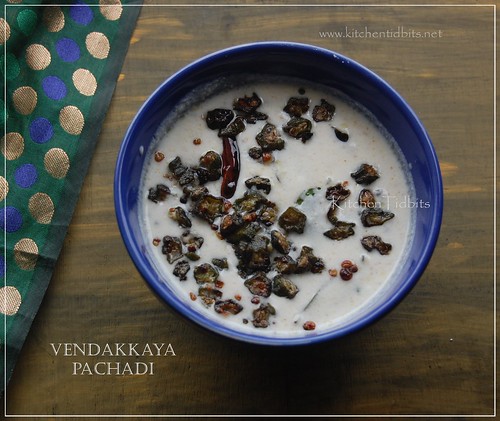 Until next time, happy cooking!!