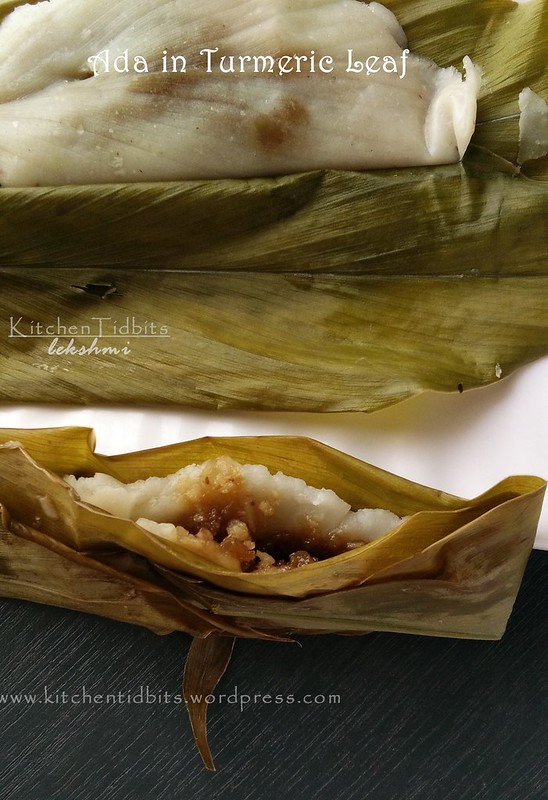 I have spotted a lot of turmeric leaves in the market ,I was a bit hesitant to buy these thinking what I will make with that. Although I have seen  fish recipes done in that, so when I googled I further found that countries like Indonesia and Thailand  use turmeric leaf parcels to steam fish and delicate seafood and In Goa, turmeric leaves are used to make a rice dish called Patholi, which is similar to our Ada.

It’s my Amma who insisted to buy that ,to try some recipes that we have had years back when our   Orissa neighbour family introduced to us.  That’s from her I tasted an Ada that’s made in Turmeric leaf,  but her recipe was totally  different which I will sure post soon. For this recipe , the Ada preparations is all same as that of the normal Ada. The only difference is that we use turmeric leaf instead of a banana leaf

The aroma of turmeric leaf that releases once the Ada is steamed is heavenly. The Ada also has a light pungent flavor of turmeric.The aroma intensifies as it cooks thus helping the plant’s anti-bacterial and anti-fungal properties seep into the food.

Note: Turmeric leaf is abundantly available in places outside Kerala,  but its little difficult to find in Kerala , you can definitely check in shops which sell ayurvedic items. Irony, is that we have so many places in Kerala ,where turmeric is cultivated but the leaf is not much available ..

Let’s see how to make it. 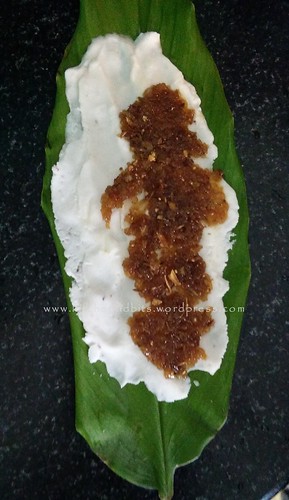 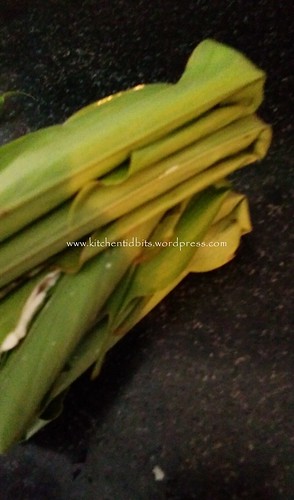 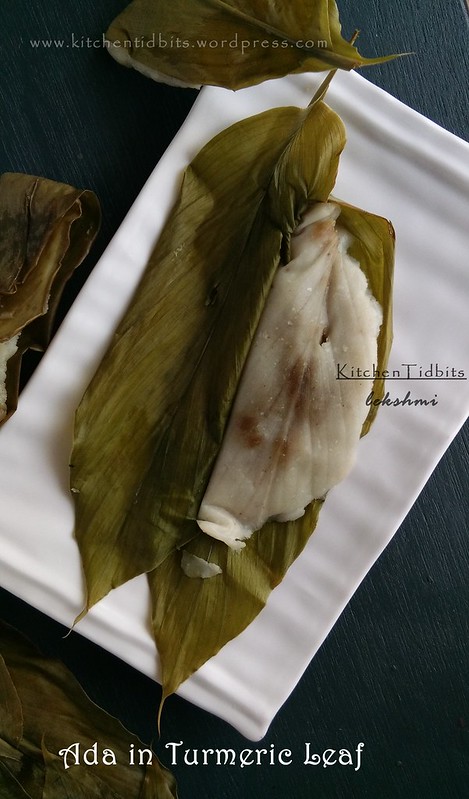