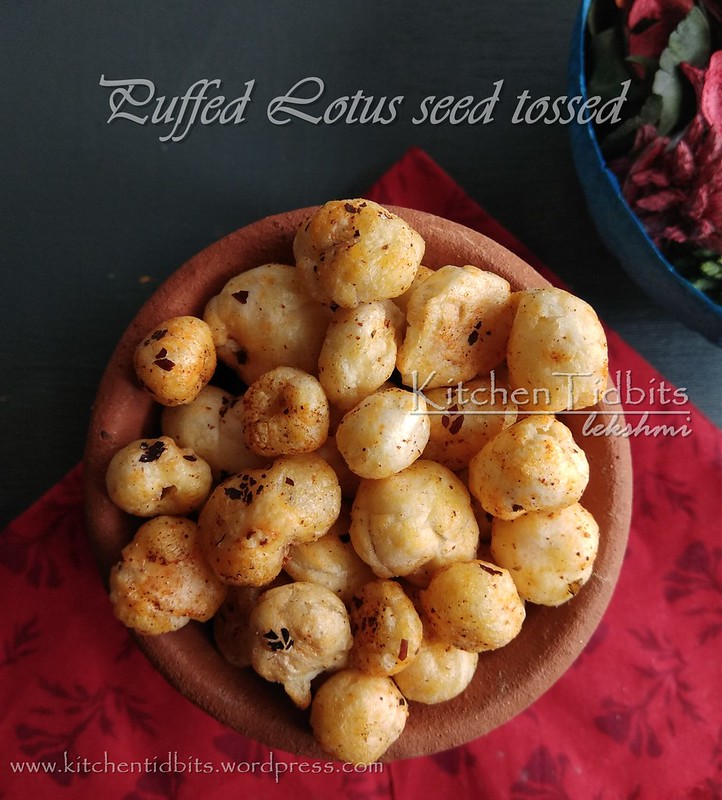 I have to admit that I have never seen this in kerala and so in Tamilnadu before. but its very commonly available in Karnataka and North states. These are available  puffed in packets  and all that you need to roast /toss them in variations you like. I have seen many of the bloggers and others making several dishes out of this ranging from roasts to gravies to sweetened form and what not!

But I have not had courage to try anything else other than tossed form as the boys in my house like it that way. 😀  ( we already have many curries , and why not have it as a snack itself 😉 ) Also, the best replacement for popcorn . I also send this in little M’s snack box , it remains crisp if roasted well.

The seasoning options are endless.. I’m going to give you a basic idea on that, I don’t add black salt/chaat masala instead i try with various dried herbs available, also try to use ghee for roasting as it gives the best flavor.

so, this is how the makhanas/puffed lotus seeds look like when bought. These are available in Cochin, in Broadway  now 😀 , that’s the only place I could find out in Kerala.. 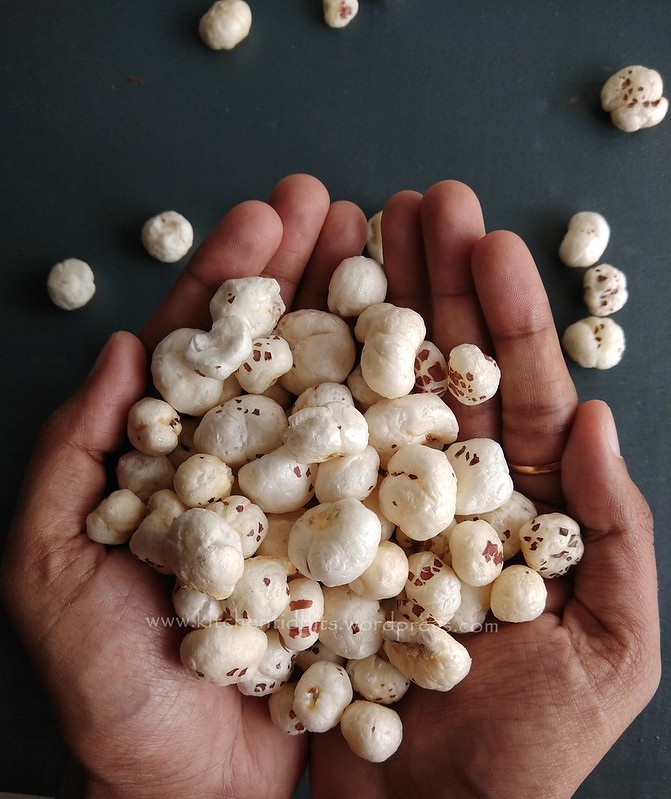 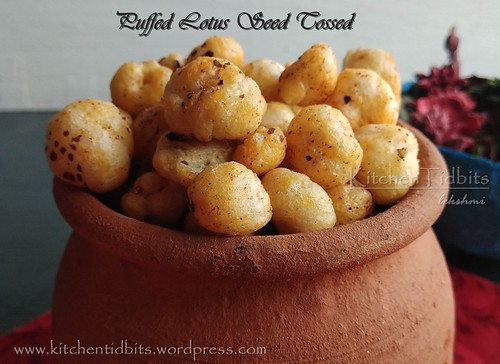